It’s true when they say every baby is different. Scarlett wasn’t a fan of being swaddled but Landon is. I don’t know if I’m the only one but I always thought babies must be so uncomfortable being wrapped tightly in a blanket like a baby burrito and not be able to move their arms haha. Although, I forget to keep in mind that they did spend 9-10 months in a tight space (our bellies) and they are still learning to control their body movements. Whenever Landon is sleeping and all of a sudden throws his arms up, he wakes up… so swaddling for him is extremely beneficial (well, for both of us actually haha). Regular swaddle blankets work but the Nested Bean Zen Swaddle works wonders! Landon loves to be cuddled and if I could cuddle him 24/7, I totally would! But I have a crazy little toddler to chase around so he has be put down at some point haha. The Zen Swaddle is lightly weighted on the chest (like suuuper light) but it’s enough so it mimics my touch which soothes my baby boy and keeps him asleep longer. 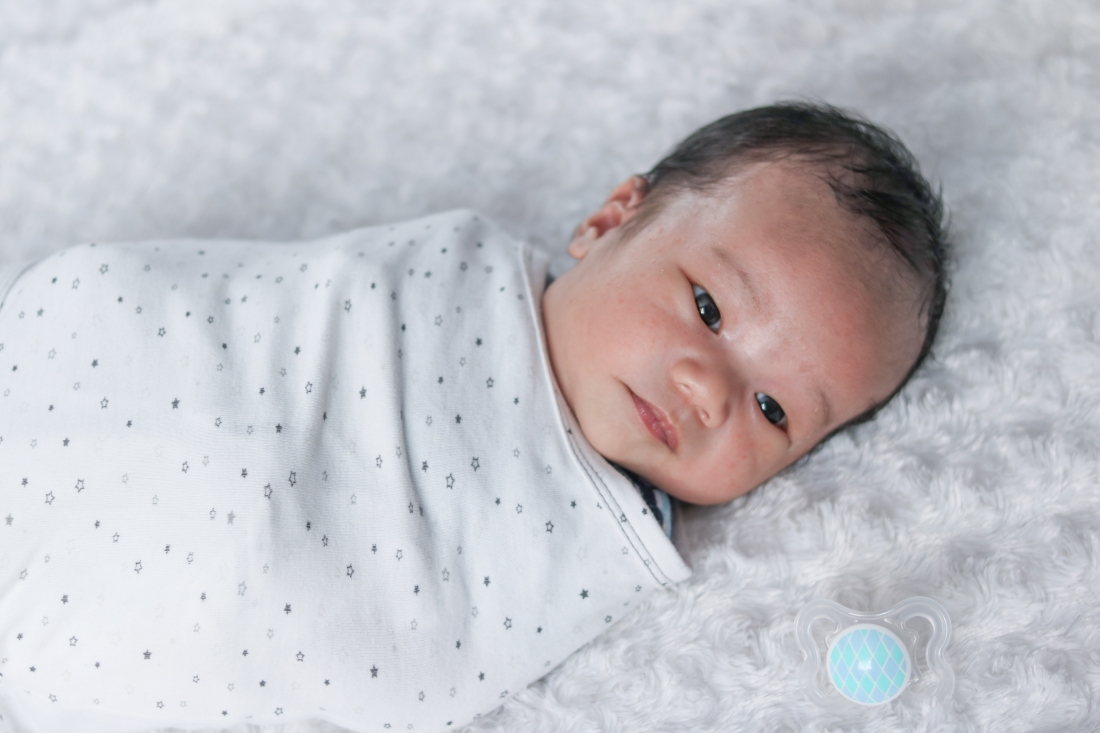 Since switching over to this swaddle blanket, Landon has been able to sleep longer. Good thing that the Zen Swaddle is 2 sizes in 1 so he won’t outgrow it for awhile… woohoo! Plus when he decides that he no longer wants his arms swaddled, you can still use it with the arms out.

Attention Target shoppers… these are actually being sold at Target now! Mamas-to-be, if you are registering at Target, the Zen Swaddle is a registry must have!

* This post is in collaboration with Nested Bean. As always, all opinions are my own.